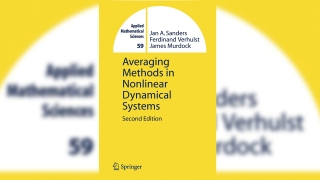 Perturbation theory and in particular normal form theory has shown strong growth during the last decades. So it is not surprising that the authors have presented an extensive revision of the first edition of the Averaging Methods in Nonlinear Dynamical Systems book. There are many changes, corrections and updates in chapters on Basic Material and Asymptotics, Averaging, and Attraction. Chapters on Periodic Averaging and Hyperbolicity, Classical (first level) Normal Form Theory, Nilpotent (classical) Normal Form, and Higher Level Normal Form Theory are entirely new and represent new insights in averaging, in particular its relation with dynamical systems and the theory of normal forms. Also new are surveys on invariant manifolds in Appendix C and averaging for PDEs in Appendix E. Since the first edition, the book has expanded in length and the third author, James Murdock has been added. 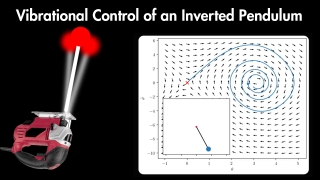 This journey explains how inverted pendulums can be balanced with an open-loop vibrational controller.

All of these resources come from the excellent Twitter thread (referenced below)...