In dynamical systems, an orbit is called Lyapunov stable if the forward orbit of any point is in a small enough neighborhood or it stays in a small (but perhaps, larger) neighborhood. Various criteria have been developed to prove stability or instability of an orbit. Under favorable circumstances, the question may be reduced to a well-studied problem involving eigenvalues of matrices. A more general method involves Lyapunov functions. In practice, any one of a number of different stability criteria are applied. 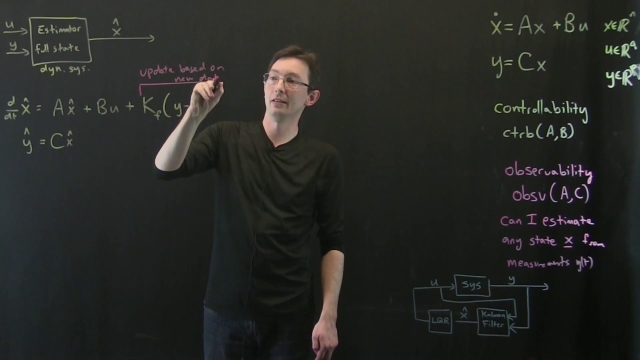 This video describes full-state estimation. An estimator dynamical system is constructed, and it is shown that the estimate converges to the true state. Further, the eigenvalues of the...