In control theory, the linear–quadratic–Gaussian (LQG) control problem is one of the most fundamental optimal control problems. It concerns linear systems driven by additive white Gaussian noise. The problem is to determine an output feedback law that is optimal in the sense of minimizing the expected value of a quadratic cost criterion. Output measurements are assumed to be corrupted by Gaussian noise and the initial state, likewise, is assumed to be a Gaussian random vector.

Under these assumptions an optimal control scheme within the class of linear control laws can be derived by a completion-of-squares argument.[1] This control law which is known as the LQG controller, is unique and it is simply a combination of a Kalman filter (a linear–quadratic state estimator (LQE)) together with a linear–quadratic regulator (LQR). The separation principle states that the state estimator and the state feedback can be designed independently. LQG control applies to both linear time-invariant systems as well as linear time-varying systems, and constitutes a linear dynamic feedback control law that is easily computed and implemented: the LQG controller itself is a dynamic system like the system it controls. Both systems have the same state dimension. 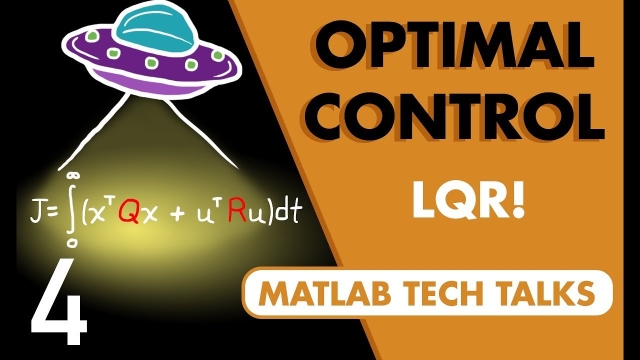 The Linear Quadratic Regulator (LQR)LQR is a type of optimal control that is based on state space representation. In this video, we introduce this topic at a very high level so that you walk... 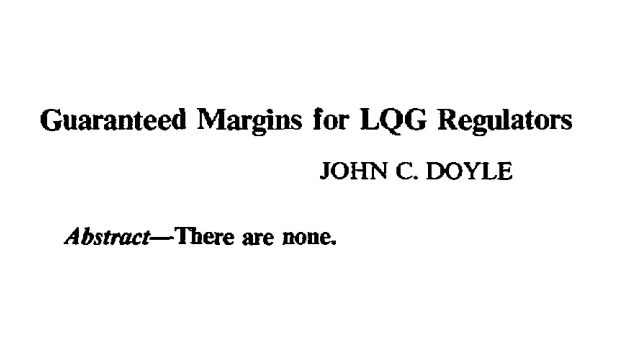 John Doyle's famous paper! He presents a counterexample that shows that are no guaranteed margins for LQG systems. 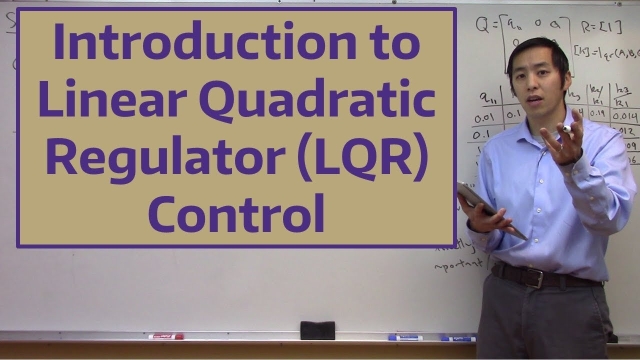 In this video we introduce the linear quadratic regulator (LQR) controller. We show that an LQR controller is a full state feedback controller where the gain matrix K is computed by solving... 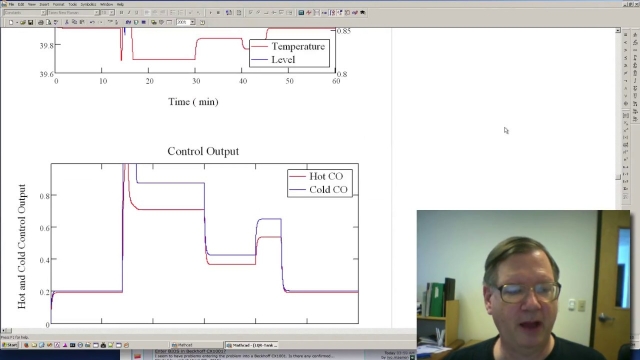 Peter Nachtwey
16 min
Beginner
Video
Theory
To make this LQR video different I use LQR to control two output and find the best 'compromise' between controlling the level and temperature in a mixing tan... See More 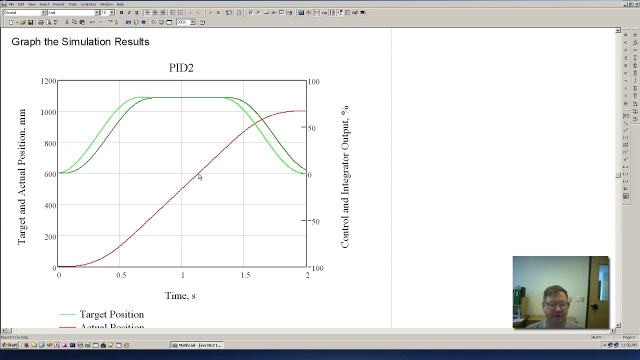 Peter Ponders PID - Yet Another Linear Quadratic Control Video but... 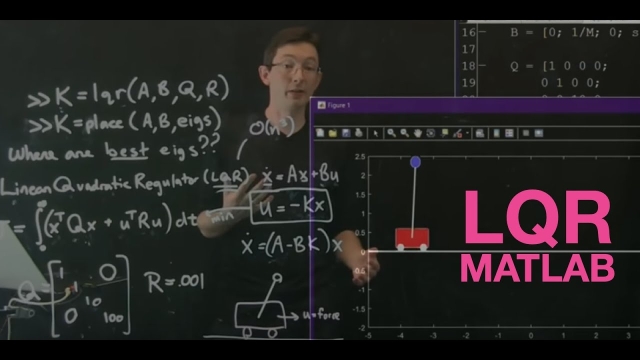 Linear Quadratic Regulator (LQR) Control for the Inverted Pendulum on a Cart...

Here we design an optimal full-state feedback controller for the inverted pendulum on a cart example using the linear quadratic regulator (LQR). In Matlab, we find that this is a simple one... 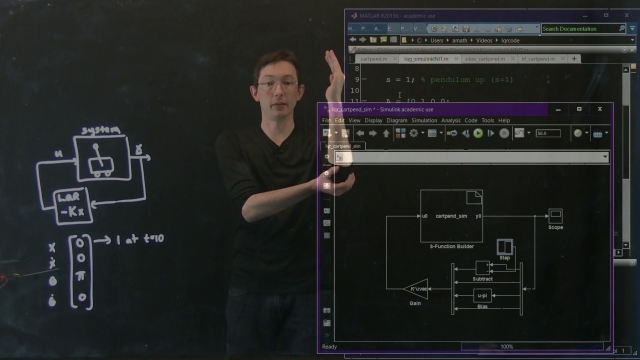 This video combines the LQR and Kalman filter in Matlab on the example of an inverted pendulum on a cart. We stabilize the full nonlinear system with a measurement of a single variable (the... 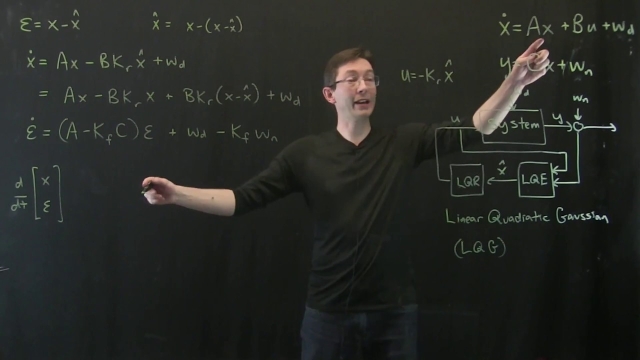