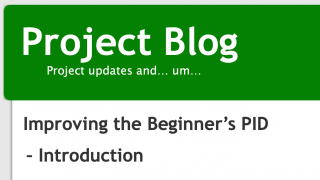 In conjunction with the release of the new Arduino PID Library Brett has released this series of posts that explain his PID code. He start's with what he call's “The Beginner’s PID.”  He then improves it step-by-step until we’re left with an efficient, robust pid algorithm.

A proportional–integral–derivative controller (PID controller or three-term controller) is a control loop mechanism employing feedback that is widely used in industrial control systems and a variety of other applications requiring continuously modulated control. A PID controller continuously calculates an error value, e(t), as the difference between a desired setpoint (SP) and a measured process variable (PV) and applies a correction based on proportional, integral, and derivative terms (denoted... See More
This is all we have. Message us here if you would like to recommend a topic for this resource. 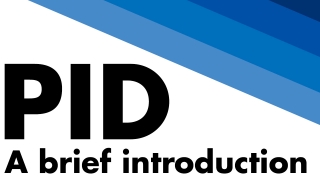 This journey covers the very basics of PID control.  The goal is to give you an intuitive understanding of the controller, how to implement it in code, and how to tune it.  Plus, if you're...